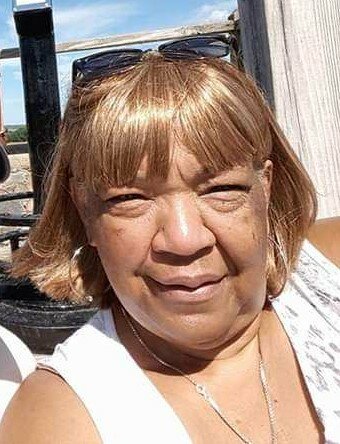 Sharon Elaine Christy-Potter (nee Brown), the daughter of the late Ann Elizabeth Murphy and Preston Alexander Brown, was born on August 5, 1951 in Danville, VA.  Sharon transitioned on March 21, 2022 in the company of her children and close family at home.  She attended the Danville public school system and graduated from John M. Langston High School in 1969.  Sharon accepted Christ early in life and was a member of the Loyal Baptist Church in VA and later joining Antioch Baptist Church in NJ.

During her life she performed many tasks in several lines of work.  Her job that she retired from was the Superior Courts of NJ, where she worked as an account clerk for child support and probation.  There she met all walks of life and made many friends.  She was the life of the party everywhere she went.  Sharon was loved by many so much she had several nicknames, The Ghost, Sheeba, Red and Sugar Bear just to name a few.  Later she lived her best life with her life partner, Andrew Como.

Relatives and friends are invited to the Visitation and Funeral on Saturday, March 26, 2022 from 10AM-12PM at the Falco/Caruso & Leonard Pennsauken Funeral Home, 6600 N. Browning Road, where a Funeral Service will be held at 12PM.  Final disposition will be private.
Saturday
26
March