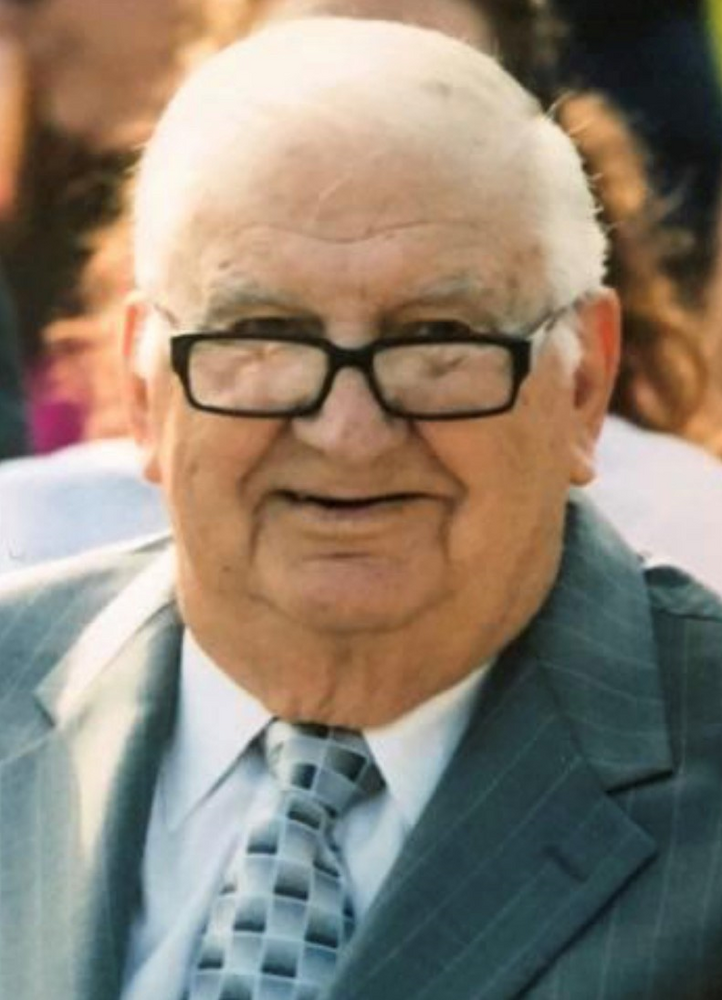 Rocco, who was known as “Mr. Rocco,” “Uncle Rox,” and the “King” of King of Pizza, will always be remembered by his unique personality that everyone loved.

Rocco was loyal to his Catholic religion and loved God. He also had a very strong work ethic. At a young age, he worked on a farm. He enjoyed telling stories about his experience as a farmer and would often share great farming and harvesting tips. He later worked at Sy Diamond Jewelry Store in Camden as a jewelry salesman, followed by a salesman at Sears in Moorestown, NJ selling washers and dryers. He enjoyed being in sales and was always top salesman in his department. He later retired and continued to sell watches, jewelry, and purses in his spare time. In his later years, he was still very active working and loved helping out his friends, (who were more like family) at his favorite pizza restaurant, King of Pizza. He was a very picky eater, but never refused a daily delivery of a slice of pizza, mild hot wings, and root beer (no ice) from his friends at King of Pizza. He also loved watching sports, Philadelphia Phillies and Eagles were his favorite. Most of all, Rocco cherished his time spent with his family, friends, and his wonderful neighbors, whose kindness and help will never be forgotten. Rocco will be missed by all who knew him.

All Services are being held privately and at the convenience of the family per Rocco's wishes.

Memorial donations may be made in his name to St. Jude Children's Research Hospital, 501 St. Jude Place, Memphis, TN 38105.

A Memorial Tree was planted for Rocco
We are deeply sorry for your loss ~ the staff at Falco, Caruso & Leonard Funeral Home - Pennsauken
Join in honoring their life - plant a memorial tree
Share Your Memory of
Rocco
Upload Your Memory View All Memories
Be the first to upload a memory!
Share A Memory
Plant a Tree